What is Pink Noise?

When you turn a fan in an attempt to create a quality sleeping environment, you probably refer to the sound it makes as "white noise." In reality, the correct term is "pink noise." In recent years pink noise has come into vogue for its unique benefits—and for its mislabeled uses (like turning on a fan). What makes this type of sound so novel? In some ways, pink noise is like rose-colored glasses for your ears.

If you recall your high school physics class, sound energy travels in waves, and we measure it in frequency (Hz) and amplitude (dB). Audio engineers have identified and categorized different patterns of sound and labeled each with a color signifier. White noise is the most well known, but other common types include brown (aka Brownian), blue, green, orange, and pink.

White noise contains all audible frequencies, including many of the sounds we hear daily—but not necessarily the pleasant ones. White noise tracks have a static-like hissing quality. Think TV static, the sound of traffic, and the noises of moving machinery.

Pink noise is similar, but its amplitude decreases at a steady rate as frequency increases. Thus in pink noise frequencies, every octave has equal power, which many listeners find to be more balanced and pleasant than white noise. This noise pattern sounds like a soft "Sshhh" and is reminiscent of the natural world.

Pink noise offers several applications for your personal and professional life, which boil down to brain wave synchronization and sound wave disruption.

Remember how we measure sound waves in frequency and amplitude? Well, brain waves work in a similar way and are categorized as such.

As you fall asleep, your brain waves decrease in frequency until you drift off into delta. From there, delta waves dominate the majority of your sleep time, but REM cycles are an expression of brain waves dipping into theta during rest.

The scientific community is curious if pink noise can help improve the quality of sleep. In one study, researchers played brain wave-synced pink noise as participants were drifting off to deep sleep one night, and another night played no noise. The results? While it wasn't a holy grail sleep solution, the pink noise prolonged deep sleep and increased the size of the subject's brain waves during that period.

The pink noise increased the size of the participants' brain waves, bringing them closer to sleep.

How does it work? By pressurizing your office with these targeted frequencies, the sound waves of speech become jumbled, and conversations outside an immediate radius become unintelligible. This allows your brain to stop straining to make out noises you don't even want to hear, resulting in less distraction and—hopefully—more productivity.

Do you have a noisy office environment? Reach out to learn about sound masking installation.

It's well known that dogs have superior hearing skills to humans. While this may have been an asset in the wild, it can be anxiety-inducing for our domesticated canine friends: They can hear sounds from around the room, structure, and sometimes the outside world, as well. Veterinarians can go into more about why this is, but for those who cohabitate with dogs, it's more pertinent to find out how to alleviate this anxiety.

Completely soundproofing a home or kennel can expensive and time-intensive. Instead, playing localized sound (such as pink noise variations) can block out the noises that come from far away. The soothing sounds of pink noise are also reminiscent of nature, which could be comforting. Of course, consult your veterinarian before enacting anything too dramatic, and watch your dog for a positive or negative response.

Not only is pink noise highly applicable to our lives, but it also exists in nature. Well, not exactly: the inverse pattern of pink noise, also called 1/f noise, can be found all around our world.

In film, for example, researchers have analyzed Hollywood shot lengths going back to the mid-twentieth century. They found an astonishing trend: Contemporary shot length patterns have converged to a common correlation with the 1/f noise pattern. Whether conscious, unconscious, or just good cinema, this pattern mimics how we pay attention to action naturally.

Such patterns can also be seen in most genres of music, the structure of DNA, the rise and fall of the ride, the natural flow of traffic, and variations in the stock market.

Pink noise has become popular for its multitude of unique benefits. From sleeping to sound masking, this color of sound is pretty powerful. The only question is: Will you tune in to its frequency?

5 Questions for Businesses to Answer When Shopping for Sound Masking

Office Sound Masking and the Art of Productivity 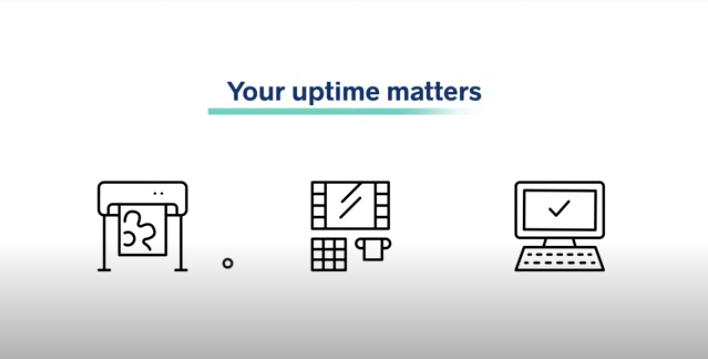